The secondary market of craft beer is both vibrant and volatile. The search to buy or trade for “whales” and trendy hazy IPAs has only expanded with social media, trade forums and online communities. Buying beer off this market can often be tedious; it is always expensive due to the simple economics of supply and demand. Brew Pipeline, a new craft beer-focused startup, saw this as an opportunity to provide greater availability of high-demand beers to out-of-market regions, leading to the creation of the Guest Brewer program.

The goal of Guest Brewer is to provide award-winning beers to markets these beers have never been available in – in limited quantities. According to Marty Ochs, President of Sales at Brew Pipeline, the breweries featured in the Guest Brewer portfolio will have to meet a certain benchmark of recognition, accolades, and awards from the likes of GABF, World Beer Cup, etc., to ensure they drive enough demand from the out-of-market beer drinkers.

The first beers from the program will be available in June for 30-60 days, depending on the market reception. The current distribution footprint includes AK, ID, WA, NV, WI, MN, ME, MA, RI, PA, NY, GA, Northern California and select regions of WY.

Pilot beers can be found on-draft and in retail stores in these markets and will stand out via custom point-of-sales marketing and end cap displays. So, if you’re in Georgia, you’ll be able to find the likes of Drake’s Denogginizer and Oregon’s Ecliptic Brewing Capella Porter in your area for the first time. The West Coast can expect the likes of Wisconsin’s Mobcraft and O’So brewing, along with Minnesota’s Pryes Brewing to pop up on shelves. Other notable brewers making their appearance in the first run of Guest Brewer include Monkless Belgian Ales (OR), Blacktooth Brewing (WY), Evil Genius (PA), Heavy Seas (MD), Peticolous Brewing (TX), and more.

The business premise behind Guest Brewer is an easy one to buy into: beer drinkers crave something new and eye-catching. To fit this need, Guest Brewer contracts a brewery to brew a limited amount of their beer for a targeted market, which limits the risk and provides immediate value to the brewery. These limited batches tend to have a “quick sale” advantage, where new brands will sell well for a short period of time given their limited availability. This selling strategy was a key pillar of the plan Ochs and team sold to breweries. It also gives the breweries some vital market research to see whether or not their beer would sink or swim in a new market. 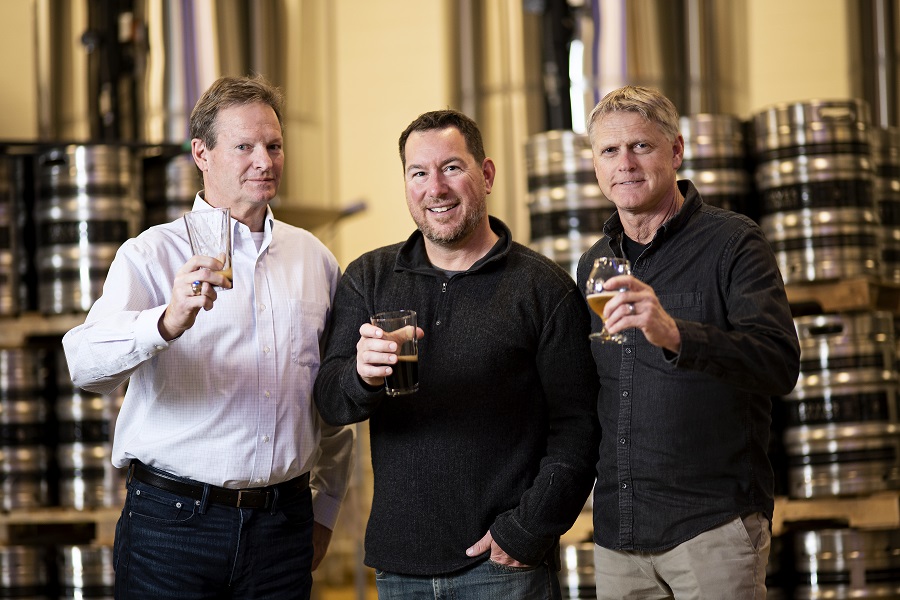 So far, Ochs say the program has been well received by breweries. “The reaction has been extremely positive. There is no risk on a breweries part due to the pre-sell mechanism, meaning they brew all Guest Brewer beer to order…It’s nice to find a positive way that we can impact their sales with little management from their end.”

While the program won’t be fully up and running until June, the signs from both brewers and sellers alike have been positive. If the subsequent response from consumers is equally as positive and limited releases sell out, Ochs says that they’ll even look into re-releasing these beers again depending on demand and brewery interest in a market.

Brewers also have the ability to expand their distribution even further – outside of Guest Brewer – if the right opportunity and market presents itself. It’s a shrewd strategy that should pay dividends early on due to the built-in flexibility and economical appeal that Guest Brewer provides. It’s also just a great way to get more people to try more great beer, which was always Ochs’ plan. “We have always had the desire to share great beer with more people, in a way that is beneficial for everyone. We created Guest Brewer to do just this.” Cheers!