While the climate is improving, Utah remains largely a desert when it comes to welcoming craft beer from brewers east of the Rocky Mountains.

Alcohol-content limitations for draft beer and unrefrigerated placements for packaged products in state-run liquor stores prove to be deal-breakers for many craft brewers.

But a new program is seeking to ease barriers to entry for select craft brands. 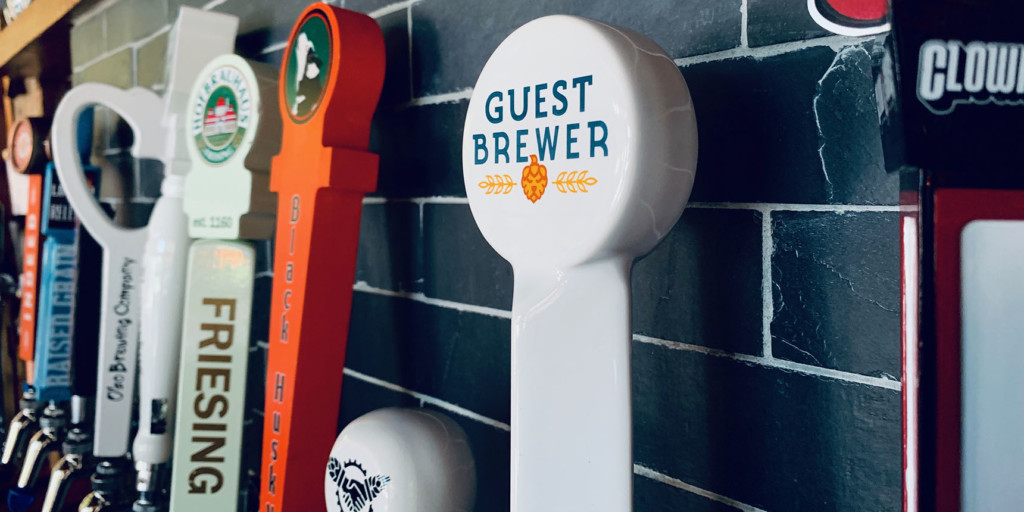 “Brew Pipeline is a company focused on building innovation in revenue streams for the industry,” says Marty Ochs, president of sales for Brew Pipeline. “Guest Brewer is just one spoke of the wheel we’re trying to build.”

The program launched earlier this summer and is expected to make its way into Utah this week with the introduction of the highly-rated Todd the Axe Man IPA from Minnesota’s Surly Brewing Co.

Generally, as part of the Guest Brewer program, distributors are offered a half-dozen or so beers and they’ll order a handful of brands each month. In fact, in addition to Axe Man, beers from Two Brothers Brewing and Heavy Seas Brewery were originally slated to make appearances in Utah in August.

“To keep it simple this first go-round we just did the Axe Man and we’ll see how it goes,” says Tim Hutter, CEO of Utah Craft Beverages, a distributor dealing exclusively in craft offerings. “This was a trial. Utah laws are so different. Hopefully, it will work and (Guest Brewer beers) will be a regular thing in Utah.”

Each month, Guest Brewer coordinates with craft brewers and distributors to make brands available in markets where they currently don’t have a presence. Distributors are given a handful of brands from which to choose — all of which are award-winning or otherwise noteworthy.

“I need some sort of recognition that a buyer can trust,” Ochs says. “They don’t know me and, for the most part, they’re not going to necessarily know each brewery. But they know the brands and they know the third parties that give that brand recognition.”

Medaling at the Great American Beer Festival or World Beer Cup, for instance, help to qualify a beer for the Guest Brewer portfolio. Exceptionally high ratings on Untappd or BeerAdvocate could be a marker as well.

Buyers then select the ones they like, Guest Brewer puts in the order with the brewery, and the beer ships within 15 days of the package date, per the contract.

Freshness and access to noteworthy beers are hallmarks of the program.

“As part of our agreement, brewers brew to package for us,” Ochs says. “We pick it up within 15 days of the package date. Most of the beer that comes out is fresher in our system than in the brewer’s home market.”

The ability to reach new consumers is enticing for brewers. The beer is pre-sold and the limited-time “test market” could turn into something more permanent for the brewer.

“This isn’t new; we’re not disrupting the market,” Ochs says. “It just hasn’t happened on a national scale. We’re doing what breweries are already doing locally and regionally, but costs prevent them from doing something like this on their own nationally.”

Once a market gets a taste of something special, it could mean a long-term presence for the brewery.

“Maybe there is a market that is sustainable for them to naturalize their distribution,” Ochs says. “Not every brewer wants to spread their beer all over the U.S. But occasionally there are markets that do make sense.”

Since it’s a limited-time offering, the 7.2% ABV double dry-hopped Axe Man IPA won’t be available in state liquor stores. The state wants “beers they can re-order and stock on shelves,” Hutter says.

Consumers can special order — by the case — through the Department of Alcoholic Beverage Control (DABC). Or you can visit Outpost Spirits in Eden, which isn’t part of the state system, Hutter says.

For those of us along the Wasatch Front, our best bet to find Axe Man IPA is at spots such as Beerhive Pub, Beer Bar, The Bayou, and Slackwater Pizzeria & Pub. Hutter says he ordered two pallets of Axe Man, which equals 160 cases of the 16-ounce cans.

“I think it will do really well in this market,” he says.

“Salt Lake City is one of the top-growing markets,” he says. “Especially for anyone interested in the outdoors. It’s the same community that overlaps with craft beer drinkers.”

Even more, he predicts some of the barriers to entry will eventually vanish.

“The state is changing,” says Ochs, who spent time working for Ninkasi Brewing and Oskar Blues Brewery. “They’re going to eventually open up and normalize craft beer. The voter base is changing.”

Already, Utah took a baby step to eliminate the so-called 3.2 law and allow for slightly higher alcohol brews to be sold in grocery and convenience stores.

And sold on draft, though the minor uptick that goes into effect on Nov. 1 won’t do much to alleviate one of Guest Brewer’s greatest pain points in Utah.

But those beers all are above the legal alcohol-by-volume (ABV) threshold for Utah.

So that means right now, Utahns won’t see draft beer as part of the Guest Brewer program. But Ochs isn’t against bringing in a 4% ABV (5% after Nov. 1) beer if it meets the program’s selective criteria.

“I’m not purposely trying to pick higher alcohol beers,” Ochs says. “It’s just I haven’t seen a portfolio from any of our brewers that would fall (under 4%).”

It begs the question: Would Utah brewers who are producing award-winning 4% beers — and higher-alcohol brews — be eligible to participate in the Guest Brewer program?

“I do know quite a few Utah brewers but we haven’t solidified anything,” Ochs says. “Here’s an open invitation to speak with us as long as they know they need to have a recognized brand to fit this program.”

For Utah Craft’s part, Hutter is trying to get creative in determining which beers he orders through the Guest Brewer program. Here’s a list of the current portfolio, though not all beers are offered to all markets.

Ideally, Hutter would like to gauge interest within the craft beer community before he commits to his monthly order.

And if the demand is such, it could mean a permanent home in Utah for some truly outstanding beers. At the least, it would provide us with an opportunity to drink some highly regarded beers for a limited time without having to travel to the source.

“Our hope is that if the beers do well on these monthly deals then we can forge a relationship with a brewery and get them in here on a full-time basis,” Hutter says.